By Sivaranjini Anandan on April 16, 2019 • ( 2 Comments )
I promise you, nothing is chaotic as it seems. Nothing is worth poisoning yourself into stress, anxiety, and fear -Steve Maraboli 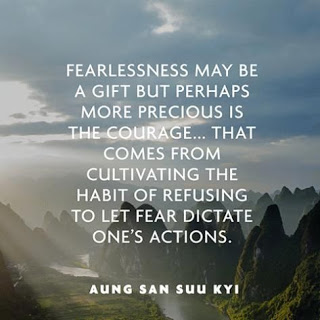 Stress and anxiety are often the end result of fear. Fear is the psychological reaction that your mind generates with regard to the unknown. It can be a result of worries built up over a long period of time that haunts us in our mind. We all either develop fear towards the future or we crumble over the fear of the past. We often forget to live the present to the fullest. Negative forces like fear of failure continuously pull us back and don\’t allow us to step forward in the journey of life.

Worrying over things in life will lead to fear. We generally count our sorrows but really don\’t take an effort to count our blessings. Instead of concentrating on the problem we ought to concentrate on the solution that it demands this will lead to a happier and more peaceful life.

Some renowned speakers and psychologists suggest a certain amount of fear is helpful it improves focus and attention in the job. It helps people work harder and help them complete the target much earlier than the deadline. People tend to work with vigorous energy towards their goal as fear generates the urge to work well. As the exam date approaches students tends to work hard they don\’t need someone to motivate them at that time because fear by itself becomes a positive motivational factor.

In life, everything has its own advantages and disadvantages. Our mind has a natural tendency to remember the negative situations of our lives. It easily forgets the happy moments maybe it is one of the major disadvantages of the human brain, it is conditioned that way.

It requires an effective reconditioning technique to generate a positive and fearless optimistic attitude that can easily be accomplished by this simple and effective tip given by a doctor that I would like to forward to all my readers he said, when you get up early in the morning go straight to your mirror and tell yourself I am courageous and fearless and I can overcome any difficulty in my life. He also guaranteed a positive change in life as soon as we embrace by continuous practice, this simple yet effective reconditioning technique that anyone can follow. 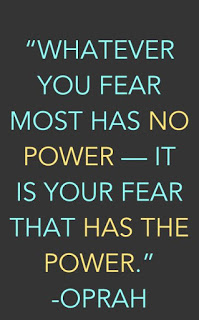 Be fearless when it comes to your goals and dreams than nothing in the world can ever stop you. It is also true that fear of death kills a person easily than the severity of the disease so always utilize hope as a light to overcome darkness, the courage to overcome fear and the faith to overcome life and this can really help you deal with the inevitable in the most effective way possible. 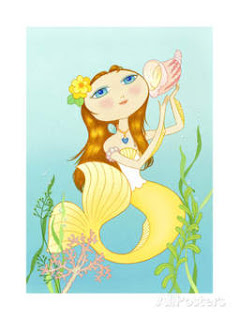 Shelly is listening to music as she believes it would act as a therapy to relieve her mind and make her more peaceful. She is intruded by her intuition so she takes a short break to share the story of two tenth grade students.

Vaishali and Raghav were from different schools and both their dads were friends by coincidence. Both the students were average in studies but Raghav\’s dad often said my son is very hard working and I am sure he is going to score well in the final exam. He often repeated this and that inculcated fear in his friend\’s mind and he started pestering his daughter Vaishali saying please don\’t put me down in front of my friend. At least have a decent score so that he doesn\’t make fun of me.

These kinds of negative words really disturbed Vaishali and she studied hard during the study holidays and she scored well, even better than Raghav. But Vaishali has to undergo a turmoil of emotions because of the comparison that her father did to put her down which had an effect on her self confidence. Shelly said I dont know why parents compare and fail to understand that each child is unique and god gifted in their own way. As shelly completed her story she continued listening to music.